Hong Kong’s harbor is set to be the new backdrop for Dutch artist Florentijn Hofman’s recent conceptual piece: a giant 16.5 meter inflatable rubber duck that floats in the oceans instead of tub.  This cute duck will be docked at Ocean Terminal, Tsim Sha Tsui until June 9, 2013 and then will  move to other ports of call across the world

The original rubber duck as a bathtub companion in the hotel bathroom. 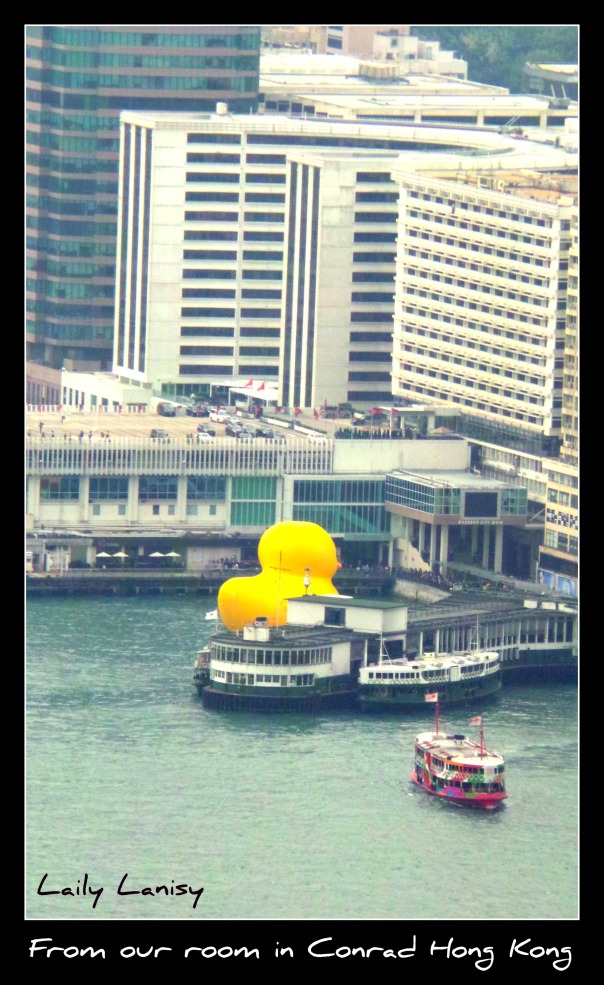 Took a Star Ferry – HK$ 2.00 one way –  crossing the harbor to meet the duck amidst the pouring rain

The Giant duck was not alone.  It was accompanied by several smaller ducks